Diljit Dosanjh is undoubtedly unstoppable. He never missed an opportunity to surf the internet and in the minds of people with the album Moonchild Era and movies like Honsla Rakh. But now he is once again raising the spirits of the fans.

Following the huge success of ‘Honsla Rakh‘ last Dussehra, Diljit Dosanjh is all set to release his next Dussehra in 2022. Diljit Dosanjh shared the poster of his upcoming film ‘Babe Bhangra Pounde Ne‘. It will hit the big screens on September 30, 2022.

Also, talking more about the poster, it is lively and colorful, with Diljit Dosanjh in the dancing pose. Maybe this time Diljit Dosanjh is going to give us a movie based on a dance with a punch of comedy.

Check out the poster of ‘Babe Bhangra Paunde Ne’ here: 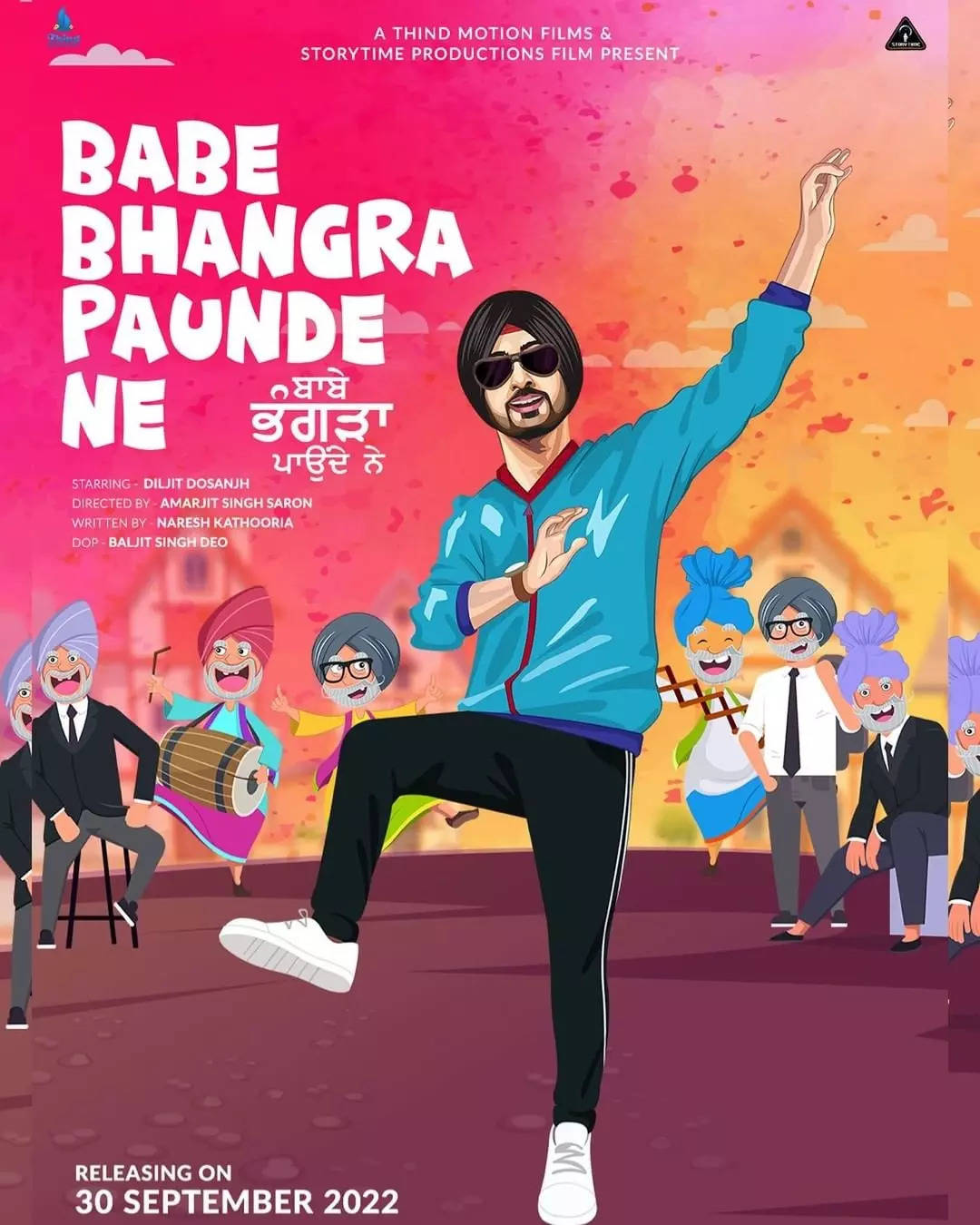 Now, hearing the release date of the film, people got excited and started wishing love and luck to the artist.

Meanwhile, the film is scripted by Naresh Kathuria and directed by Amarjit Singh Saron. The upcoming Punjabi film will be released under the banner of Thind Motion Films and Story Time Productions Films. Everyone now knows that it is a promising team, so this time too we will definitely have high expectations from the makers of ‘Babe Bhangra Pounde Ne‘. So, mark your calendars and get ready for this upcoming play.