South Korean tech giant Samsung is looking forward to launching its next flagship smartphone the Galaxy S22 series at the beginning of 2022. All eyes are up for the upcoming flagship phone and we have already started witnessing the leaks and rumours about the handsets. According to the leaks, the lineup will include the Galaxy S22, Galaxy S22+, and the Galaxy S22 Ultra. In the latest development, the Galaxy S22+ has been surfaced on the Geekbench listing reveal some of the vital information which might interest you.

According to the Geekbench listing, the alleged Galaxy S22+ will carry model number SM-S906U. Furthermore, the listing suggests that the upcoming smartphone will be powered by an upcoming flagship chipset from Qualcomm which is going to launch soon. The listing revealed that the phone will be equipped with four CPU cores working at 1.79GHz, one CPU core at 3.00Ghz, and three cores clocked at 2.50GHz.

Going with a recent leak, the Galaxy S22, S22+, and S22 Ultra are tipped to launch in regions like the US, Asia, and Africa with the Snapdragon 898 chipset. The Galaxy S22 lineup powered by the Exynos 2200 will be launched in the South Korean market. The Exynos 2200 will be paired with an AMD GPU for graphics performance. The flagship smartphones are expected to be launched at the starting of the Exynos 2022. However, do note that the company is yet to reveal anything regarding the smartphone, we recommend you to take this information with a pinch of salt and wait for the official launch.

According to the information (via SamMobile), the unreleased Galaxy S22+ phone with model number SM-S906U visited Geekbench sporting Qualcomm’s next flagship processor (may be Snapdragon 898) under the hood. Unlike the previous benchmark, the new listing shows many improvements in overall performance. 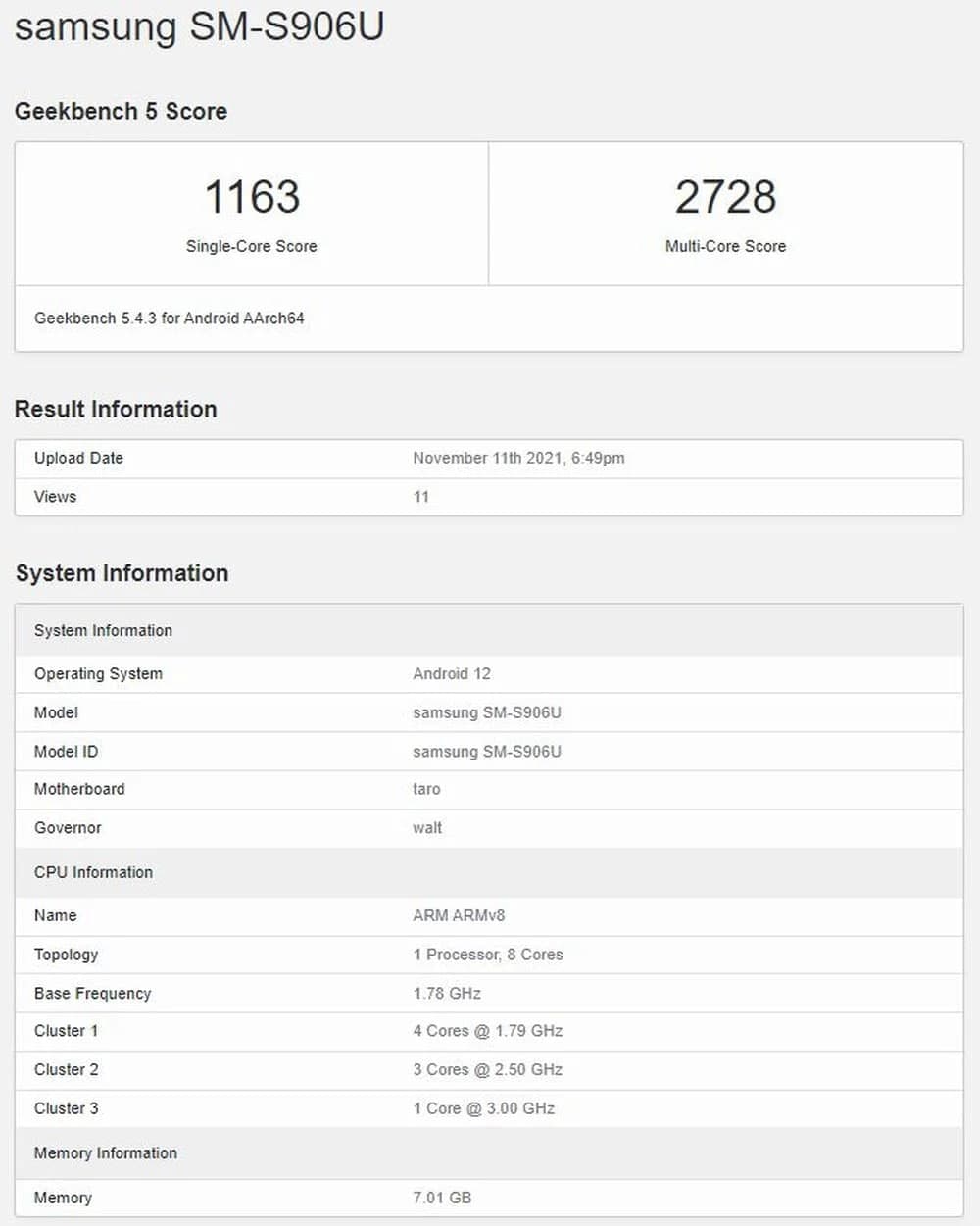